Treating Pain Between Shoulder Blades Due To Injury

If you’re an active individual, there’s a strong chance you’ve done something at one point or another to irritate your back or spine directly between your should blades. This area is especially susceptible to injury because of all the active areas of the body that connect to this general location in the spine.

If you have pain between your shoulder blades due to an injury, you can read the first hand experience below to get an idea of how long it will take to heal and recover. Keep in mind all injuries vary in degree and severity. If yo believe that you have a serious spinal injury you should see a doctor immediately.

How did you hurt your upper back?

I wrestle and commonly do strength and conditioning associated with that sport. After a particularly difficult workout, I noticed that my neck and back were a bit stiffer than normal after the workout. Against my better judgement, I went to wrestling practice anyways. 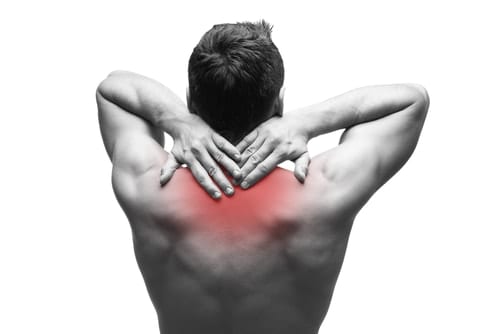 What did the pain between your should blades feel like?

It was a very “locked up” sort of feeling. It felt like there was no movement in the vertebrae between my shoulder blades.The pain was a very dull ache that spread into my neck. I felt like I just need to have area “popped”; even though I was quite aware that wouldn’t actually offer any relief.

Nothing really helped it subside. I felt like that area was in constant flex and irritation.

The first week was tough. It was worse the day after the injury for sure. iI was also worse in the mornings for the first few days than it was in the evening.

I tried to do too many things to “fix it” during the first few days; which extended the injury in my opinion. After about a week the dull ache and tightness in the area started to subside. During week 2, I was starting to improve; however, I was very aware of how sensitive that area was.

I avoided any exercises or activities that felt like they would engage the sore area; as I felt like any strenuous activity would immediately aggrevate the injury.

What did you do immediately after the back injury?

I sat out the rest of practice. I knew immediately that any further activity would almost certainly make the injury worse.

When I got home I attempted to roll out the area with a foam roller and a lacrosse ball. This was a bad idea. The area was still very irritated and it made the injury worse. I was forced to ice it before bedtime.

What worked to treat the pain between the shoulder blades?

I am not a big fan of using NSAIDs, but in this case, they helped a lot the day after the injury. The tightness was causing me to have a pretty bad headache, and I was having a lot of trouble finding a comfortable position for my neck throughout the day. The NSAID cooled off the pain a bit and helped the area calm down a bit.

Icing the area wasn’t pleasant but I felt like it helped. I would do this before bed mainly; as it tended to make the area a little tighter, so it was hard to do in the middle of the day.

Was there anything that made the pain worse?

Yes. My attempts to foam roll, stretch, and self massage the area made it much worse in the first few days. After about a week, there was a place for these treatments in the protocol, but I do not recommend them after the initial injury. 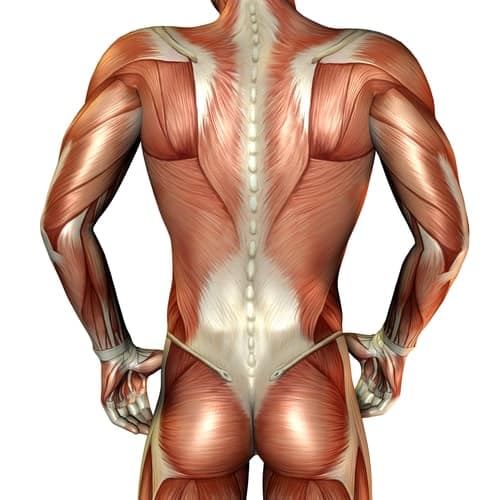 What was a waste of time and money?

I did not spend much money on this injury. I did not see a medical professional. I was fairly confident the right mix of rest and self-treatment would allow me to recover 100%.

The only thing I bought in an attempt to offer relief was some “Bengay” type of cream. It offered no help at any point. That sort of thing might be OK for garden variety sore muscles, but it had no affect on this sort of injury.

I was back to all normal activities after 3 weeks. I remained cautious about re-injury and modified activities for about a month to ensure I did not get the pain between my shoulder blades again.

Did you need to see a doctor?

No. I do not think it was necessary in my case.

When do you recommend a doctor?

If you feel like your injury is much more severe than what I have described, it’s possible you could have a disc injury or something more serious than just a strained neck/back/shoulder muscle. In that case, it is probably appropriate to seek a doctors assistance.

As always, if you have a serious medical injury, always consult a physician.

Leave your questions and comments below and share your experiences in the comments section. 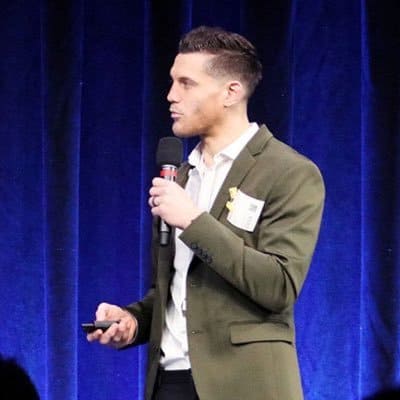 Tyler is an award-winning entrepreneur, former athlete, and founder of several successful online publications about sports, health, and well-being. Tyler has both a storied career in business and as an author/writer — contributing to publications like Forbes, The Harvard Business Review, The New York Post, and many more. A former competitive athlete, Tyler is now the founder of InjuryHealthBlog.com.

Tyler is an award-winning entrepreneur, former athlete, and founder of several successful online publications about sports, health, and well-being. Tyler has both a storied career in business and as an author/writer — contributing to publications like Forbes, The Harvard Business Review, The New York Post, and many more. A former competitive athlete, Tyler is now the founder of InjuryHealthBlog.com. View all posts by Tyler Bishop