How did you hurt your abductor muscle?

I train martial arts and I came in particularly cold one day. I did not warm up or stretch properly before we started class. I’m actually not sure when I sustained the abductor muscle injury, but in between sparring rounds I noticed that the inside part of my leg was very sore.

I couldn’t really tell what movements bothered it the most, so I chalked it up to just not being warm yet.

Unfortunately, after I cooled down following activity, I realized that I had sustained a bit of an injury. There was no bruising or exterior marks; however, it was painful to bring my knees together. It was even slightly irritating to get in and out of my car; due to swinging my legs in and out.

It was not an injury that plagued at rest. I mainly felt it when I was bringing my legs together or sometimes apart. Resistance to these motions is what really bothered it.

Running or jogging seemed particularly difficult. I noticed it most in the mornings but any activity with resistance hurt a bit. 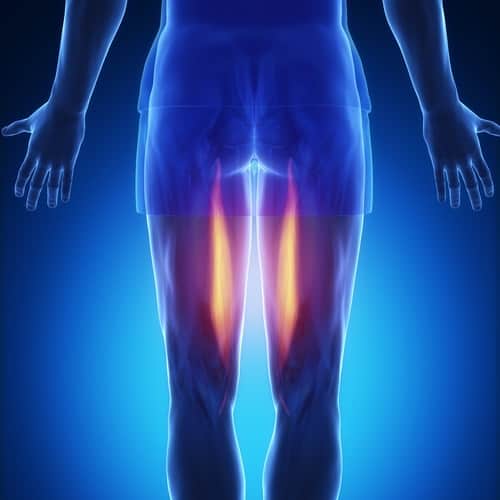 How did your abductor feel after 1 week, 2?

After one week, I did not rest properly, so I would say the injury was slightly worse after one week. In the second week I tapered back my activity.

After reducing activity, I noticed that the area was actually tighter and a little more sore. Even after two weeks the injury was just about as bad as it was after only a few days.

What did you do immediately after the abductor injury?

I tried stretching the area and the surrounding areas. I also did some foam rolling and self-massage with lacrosse balls.

Did it help the injured area?

The stretching made it worse and seemed to exacerbate the injury. Common medical advice on the subject of abductor injuries confirms this. Stretching the injured area is not recommended until a full recovery is made.

The lacrosse ball massage seemed to help with soreness and stiffness, but only when I did the surrounding muscles and areas. getting my glutes, hamstrings, and IT bands helped the most.

How did you ultimately treat the abductor injury?

The most successful form of treatment was rest to the area. I also tried to avoid exercises and activities that tightened up the surrounding muscles; as these also get tight and slow down the healing process.

NSAIDs helped a bit, but there is a fair amount of research that suggests they may actually make things worse in the long run.

What was effective in speeding up the healing?

Once I stopped trying to stretch the injury and actually avoided activities that made the surrounding areas tight or sore, I saw my healing process improve.

What was a waste of time and money?

I went to the doctor for this injury and was told all the same stuff that you have read above. It was a waste of time. In most cases, this seems to be accurate. unless there is exterior bruising or constant pain, you probably just need to rest the area and ice it if you can stand to ice that abductor area.

The abductor injury took about 3 months to recover from. The first month was the worst. I had several setbacks in the beginning. Until I treated the injury properly, I was actually making it worse. I believe I could have recovered faster had I done all the right things from the start.

Did you need to see a doctor?

No I did not personally need to see a doctor for my abductor muscle injury.

When do you recommend a doctor?

If I has the injury again, I would only go personally if I had some kind of constant pain or exterior bruising. Even then, unless you are almost unable to walk, it is unlikely that the treatment protocol will change. The only real intervention that requires a medical intervention is if you tear the muscle from the bone; which I hear from sources is one of the types of things that you will…. know for sure.

Leave questions and comments below to discuss your abductor injury. 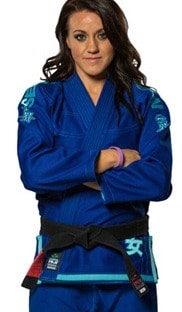 Jena is considered one of the accomplished female grapplers of all-time. She is one of only 5 American females to win an IBJJF World Title at black belt and is a multi-time ADCC, IBJJF, and Abu Dhabi World Pro medalist and qualifier. Jena is a former athletic trainer as well and currently coaches and trains female athletes at Alliance San Diego in San Diego, California.

Jena is considered one of the accomplished female grapplers of all-time. She is one of only 5 American females to win an IBJJF World Title at black belt and is a multi-time ADCC, IBJJF, and Abu Dhabi World Pro medalist and qualifier. Jena is a former athletic trainer as well and currently coaches and trains female athletes at Alliance San Diego in San Diego, California. View all posts by Jena Bishop