What Should I Do When I Feel Pain Behind My Knee When I Straighten It?

Pain in the back of the knee, often called posterior knee pain, can result from a variety of reasons. The structures of the knee, consisting of muscles, tendons, ligaments, cartilage and vascular system, can each be affected, resulting in a variety of injuries.

Some conditions may only require rest, pain medication, knee elevation above the heart and a warm compress to get better. However, others may need surgical interventions and may become worse over time if left untreated.

It is always best to seek a doctor if the pain does not resolve with rest and pain medication, if the swelling worsens, if there are considerable changes in the appearance of the knee, or if daily activities involving the knee become difficult.

Is A Feeling Of Numbness Behind The Knee Serious?

Numbness in the knee usually signals a problem in the nervous system. A tingling sensation, pain and swelling commonly accompany the numbness. The femoral nerve carries the signals that allow one to feel sensations at the back of the knee. It allows us to feel touch, vibration, pain and temperature.

Numbness at the back of the knee can be a potentially serious condition depending on the cause of the numbness and the extent of the damage in the femoral nerve. If not properly diagnosed and treated, numbness and impaired sensation may become permanent.

Is Pain Behind The Knee A Blood Clot?

One of the causes of posterior knee pain is DVT. If you have incurred a fracture, severe muscle injury, or have gone through major surgery, the vein at the back of your leg may be injured. A direct injury to the vein can result in DVT, where a clot forms at the back of the leg. DVT can also be caused by prolonged bed rest, immobilizing the leg through casting or bracing, leg paralysis, or blood disorders.

If you feel deep, throbbing pain at the back of the leg, accompanied by swelling, redness, and warmth in the surrounding skin, you must call your doctor immediately as DVT is a condition that can cause serious complications.

I Am Training For A Marathon And Have Started To Feel Pain Behind My Knee Whenever I Run. Do I Need To Rest It Or Do I Need Treatment?

If you experience pain behind the knee while running, it is better to rest and observe other symptoms that may develop. Because there are many reasons for knee pain, it is always best to seek the advice of a doctor or a physical therapist.

Resting the affected leg, taking pain medication, and refraining from high-impact activities can be enough to manage most conditions affecting the knee. However, if the pain and swelling do not resolve on the following day or worsen, or if you develop other symptoms such as redness and warmth in the affected area, you need to consult your doctor to obtain a proper diagnosis. Always remember that the earlier the injury gets treated, the better the healing and the faster you can return to your usual activities.

Reasons Why Your Knee Hurts When Straight

If the back of your knee hurts when you straighten it, several conditions may be responsible. A physician can easily diagnose some, while others require special diagnostic equipment to fully understand the condition.

Some of the causes of posterior knee pain are: 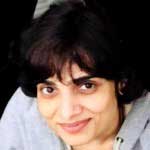